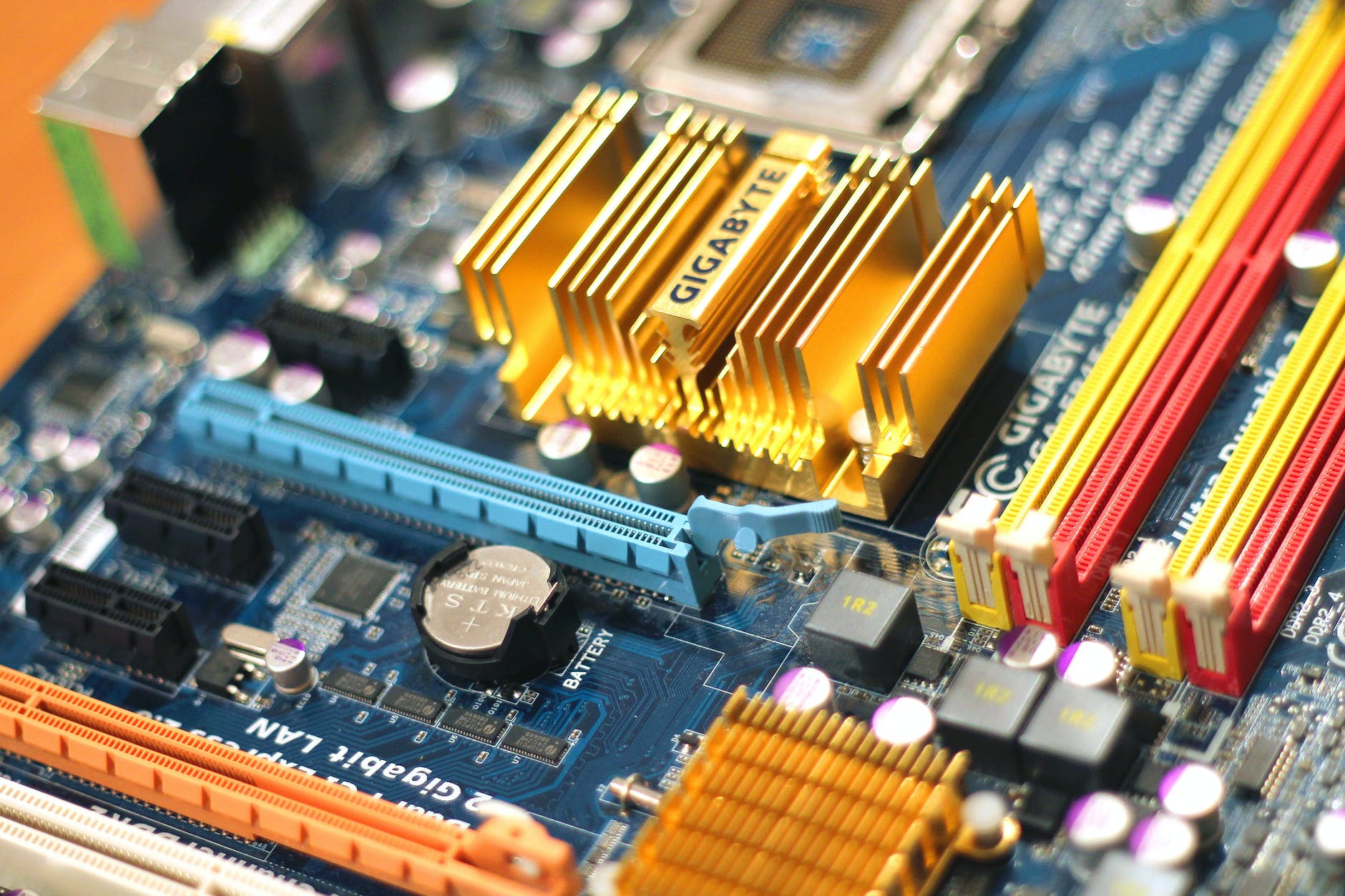 What makes a good Motherboard for gaming in 2022?

If you choose to build your own PC or buy a pre-built PC that you can extend or update later, there is one part that you’ll need, the motherboard, and it’s a critical piece of the PC puzzle. It decides many of the other components you’ll be able to choose from, and it also determines which motherboard you can use based on other choices, such as the processor you’ll use in your new PC.

Following the CPU, the next part you’ll likely choose for your build is a complementary motherboard for gaming. Let’s break down the process of selecting a motherboard into a few (relatively) simple steps.

What is the concept of a motherboard?

A motherboard is a printed circuit board (PCB) that serves as a backbone for various components, including the central processing unit (CPU), graphics processing unit (GPU), memory, and storage, and provides different connectors for these components. Motherboards are used in almost all modern computers, including smartphones, tablets, laptops, and desktop computers, but the only ones you’ll usually buy yourself are those for desktop PCs.

From the top down, the motherboard is a series of circuits, transistors, capacitors, slots, connectors, heat sinks, and other components that work together to route signals and power across the PC and allow you to plug in all of the required components. It’s a complex product with a lot of technical aspects that are beyond the reach of this how-to. However, some of these details are critical to your purchasing decision, and we’ll go through them in depth below.

The first decision you’ll have to make is which CPU you want to use as your computer’s brain, which comes down to a choice between two companies: Intel and AMD. Both companies sell CPUs that range from entry-level solutions suitable for web surfing, efficiency, and low-end gaming to ultra-powerful beasts capable of tearing through video editing projects and running today’s most challenging games at high frame rates (FPS).

Since both companies are continually updating their goods, this knowledge will easily become outdated. However, as of the time this article was written, Intel was on its tenth generation of CPUs, and AMD had just released its Zen 2 architecture, which will be followed by Zen 3 in the near future, as well as third-generation Ryzen CPUs.

After you’ve determined the CPU is best for you, you’ll need to choose a best motherboard the appropriate socket and chipset. In simple terms, a processor socket is the mechanism that secures a CPU to a motherboard. A chipset is a mixture of software and hardware on the motherboard that allows all of the components to interact with one another.

It’s not critical to know all that goes into producing a chipset, but it is critical to know that you must choose a motherboard with the correct chipset—and socket—for the CPU you want to buy. It’s also worth noting that different chipsets support various combinations of components such as RAM, GPUs, and so on.

When you’re doing your research and comparing motherboards, make sure that all you want to do is endorsed. You can get a clear idea of which motherboard is right for your new PC by using Newegg’s comparison tool.

Motherboards come in a variety of sizes, giving you some versatility in customising your PC to suit your needs. You may want to use a full-size tower case if you have plenty of space, but if you’re building a home theatre PC (HTPC) to sit beneath your family room TV, you’ll probably want a much smaller case.

For some of the more common motherboard type factors, here are some general guidelines. There are more, of varying degrees of capability. The most important thing is to find out what size PC you want to create or purchase, how many components you’ll need now and in the future, and then choose the motherboard form factor that best suits your needs.

In addition to the CPU, motherboards can attach graphics cards, sound cards, networking cards, storage devices and connections, and a number of other components. Through the years, there have been several different types of expansion ports, but things have become a lot easier. PCIe (Peripheral Component Interconnect Express) ports are the most common today, although some motherboards still have PCI slots for legacy devices.

PCIe is the most significant port, and it’s the one you’ll use to link the majority of today’s components. PCIe slots come in four sizes, with PCIe 3.0 being the most common, and PCIe 4.0 being available on the new Ryzen and Intel Comet Lake compatible boards. These four sizes determine the connection’s throughput as well as its size; make sure you have enough expansion slots and that they’re the right size to meet all of your current and future needs.

x1, x4, x8, and x16 are the four slot sizes, with x4 and x16 being the most common. Motherboards differ greatly in terms of how many slots they have and where they are located. You’ll want to make sure you have enough slots and enough room around them to accommodate all of your necessary components.

All PCs must be able to output data in a visual format that we can understand. In its most basic form, this entails viewing images on a computer monitor. The graphics card, or GPU, is the part in a typical PC that performs this role, and you’ll need to make sure that your motherboard can accommodate the GPU you’ll need for your intended uses.

Some Intel Core CPUs have integrated graphics processors (GPUs) that allow output to a monitor, and AMD has its own version of this called the accelerated processing unit (APU), which incorporates a CPU and a GPU in one package. These are low-powered GPUs that are perfect for everyday productivity tasks but only help games that aren’t too graphically challenging (like e-sports titles).

You’ll probably want a standalone GPU if you need a more efficient GPU, either for gaming or for more demanding applications like video editing that can use a GPU for faster processing. In that case, bear in mind the types of GPUs you can attach to your motherboard, as well as the maximum number of GPUs your motherboard can accommodate.

The majority of GPUs today attach via PCIe slots, with PCIe x16 slots being the most common. Furthermore, most modern GPUs need PCIe 3.0 or later. The final requirement is the width of each PCIe slot, which must be at least two slots wide for several GPUs. This will cause some x1 PCIe slots to become unavailable, which is fine as long as it doesn’t catch you off guard. Some GPUs can run on the 75 watts supplied by the PCIe slot, but most GPUs need more power from a large enough power supply via six-pin or eight-pin connectors.

As a result, when selecting a motherboard, make sure it has the appropriate number of PCIe spaces. This entails closely examining the GPU specifications and comparing them to the motherboard specifications. You’ll need two PCIe slots and a compatible motherboard to connect two or more GPUs, known as “Scalable Connection Interface” or SLI by NVIDIA and Crossfire by AMD.

Since it’s so necessary, we’ll say it again: make sure to check your GPU specifications against what your motherboard can provide to ensure that everything works properly. We won’t go into detail about power supplies in this guide, but you’ll want to make sure you get one that can handle the demands of your GPU and the rest of your components at full load.

5 Easy Ways to Clean Your Frameless Shower Enclosure in 2022

Why and how to make sales on Facebook in 2022

Different types of WhatsApp mods – which one...

How to Choose the Best Comfortable Sig P365...

Tips to maintain financial stability in business in...

Make Your Eyelashes To Grow More Dark And...

Why VPS Hosting is the Right Choice for...

How to Launch an Android Application in the...